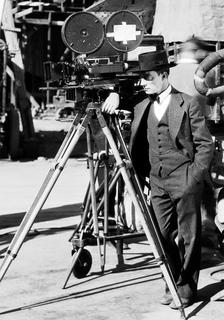 Order it at Barnes and Noble

Order it at Amazon

When Mort Sahl made his debut at San Francisco’s hungry i in December, 1953, the public’s idea of stand up comedy was limited to Borscht Belt comedians like Henny Youngman and Morey Amsterdam. Nightclub comics steered clear of hard news, and Bob Hope’s occasional political jibes often came off as friendly. Working in an improvisational, jazz-influenced style, Sahl attacked Senator Joseph McCarthy, President Dwight D. Eisenhower, and, particularly, Vice President Richard M. Nixon, who was to remain a favorite target for decades.

Sahl recorded the first modern comedy album in 1955, and appeared on the cover of Time in 1960. (The magazine famously described him as “Will Rogers with fangs.”) In breaking the mold of what a stand up comedian should look or sound like, he opened the door for an entire generation of “smart” comics that included Lenny Bruce, Mike Nichols and Elaine May, Shelley Berman, Bob Newhart, and Dick Gregory.

His career, which extended to TV and movies, has spanned 12 presidencies. Appearing on stage in a pullover sweater and open collar, he worked alone, writing all his own material, using a rolled copy of the day’s newspaper as his only prop. In the mid-1960s he put his career on the line when he went to work as a volunteer for New Orleans District Attorney Jim Garrison, who was investigating a conspiracy to assassinate President John F. Kennedy. Mort became such a fervent believer in Garrison’s crusade that it took nearly a decade for him to get his career back on track.

Written with Mort Sahl's full cooperation, "Last Man Standing" incorporates interviews with his friends and colleagues, including Woody Allen, Dick Cavett, Shelley Berman, and the late Yvonne Craig. “It wasn’t a very puritanical life,” he comments, “but it was a whole lot of fun.”

“James Curtis has superbly chronicled the emergence and career of a comic genius who revolutionized stand up comedy and changed it forever. If you weren't there at the time, it's hard to realize the enormity of the impact Mort Sahl had on America--both as writer and performer--and this book takes you through it in an exciting narrative that teems with examples of Mort's dazzling wit."
-- Woody Allen

"The book is a triumph. Of prose style, engrossing, lively story-telling, and emotionally moving incidents in that complex genius's strange and dramatic life. Also, once you put it down, you can pick it up--for re-reading. All books should be so good."
-- Dick Cavett

"'Last Man Standing' is a magnificent, flawless, and perceptive biography of the great Mort Sahl. I loved the book, and laughed out loud as I read it."
-- Mark Russell

"Mort Sahl has never found a truth he wouldn't tell, or a bridge he wouldn't torch. He's brilliant, he's insufferable, he's the living connection to Bill Hicks, Bill Maher, and all the other modern comics whose purpose goes deeper than extracting laughs. It's a life without compromise, almost fatally so, and James Curtis' 'Last Man Standing' is as unflinching as its subject. It's a great book about a great comedian."
-- Scott Eyman, author of "John Wayne: Life and Legend"

"If you know Curtis’ previous books on James Whale, Spencer Tracy, and W.C. Fields, you know he is one of the best biographers working today. His study of groundbreaking stand-up comic Mort Sahl is in the same league as his other bios, with the notable exception that this time his subject is alive and cooperated with Curtis on this book. Although he may not be a household name any more, Sahl skyrocketed to fame by making pungent observations about the news of the day, long before Jon Stewart or Stephen Colbert came along. His prickly personality caused him more than one headache along the way but his story is compelling and Curtis tells it well."
-- Leonard Maltin

"The name might not mean a great deal to those of you who dote of the contestants on 'Dancing with the Stars,' but Sahl, though born in Canada, is to American comedy what Bill Russell was to basketball. He changed the game forever. And he's still playing. He gets his due and more in a terrific new book by James Curtis, who rightly subtitles the first full-length biography of Sahl 'Last Man Standing' with this: 'Mort Sahl and the Birth of Modern Comedy.' That's no hyperbole."
-- Rick Kogan, Chicago Tribune

"A sympathetic, evenhanded biography of a man notorious for his savage wit."
-- Kirkus Reviews

"James Curtis captures the dueling sides of Sahl's persona in 'Last Man Standing,' his fair-minded new biography. He meticulously charts his subject's path from striving club comic to mercurial star. Coupled with deep dives into the morgues of Hollywood trade magazines, Curtis' interviews with the likes of Woody Allen, Dick Cavett, and Sahl himself (he turned 90 this year) give the reader a clear sense of his nimble mind and his influence on younger talents."
-- Kevin Canfield, Washington Post

"This biography's strength rests in its forthright approach to its subject--Sahl's temperament, his marriages, and, most telling, his growing obsession that a conspiracy surrounded the death of President John F. Kennedy... 'Last Man Standing' is a thoughtful and exhaustive account of the life of Mort Sahl."
-- Gary Presley, Foreword Magazine

"James Curtis' claim that Sahl was the father of modern comedy may be debatable, but he builds a strong case in its favor."
-- Bill Brennan, Jewish Book Council